When most think of horse racing, races such as the Kentucky Derby, Preakness Stakes, Belmont Stakes and Breeders’ Cup tend to come to mind. However, many would be surprised at the number of different types of racing that do exist, both in the United States and in the rest of the world.

First, let’s discuss a couple of categories that the three parts of the Triple Crown fit into.

A derby has historically meant a race for 3-year-olds although exceptions are sometimes made. For example, the Singapore Derby and Hong Kong Derby are both races involving 4-year-old thoroughbreds. The race that originated this phrase is the Derby Stakes, which is held in Epsom, England, every June. It was first run in 1780 and is the most significant race that takes place on British soil.

That initial race came just after the first Oaks Stakes took place for the first time in 1779 in Epsom; it has been held there on an annual basis ever since. Stakes races are simply high-stakes races although minimum criteria generally have to be met in the countries where they are held.

These terms are related to how long the race is.

When consulting a strategy guide & tips to determine which horses to bet on, make sure to take into account how much speed and stamina a horse may have as the former skill will be especially important in shorter races while stamina becomes increasingly important the longer the race is.

These are where horses tend to start out as they consist of those who have yet to win a race.

However, money can be won here, and many who consult a strategy guide & tips do just that. The betting strategy is a bit different, however, as aspects being considered in these types of races can include things like starting position. For example, a new horse in the 1 position can lose time being intimidated by the rail or initially breaking inward towards it and needing to correct the direction it’s running. Meanwhile, a horse on the outside might break outwards and lose ground before getting back on track.

These are races in which the competing horses are on sale. In many ways, these are actually lower than maiden races, most notably in purse-dollar value, which tends to be the lowest of any type of horse racing. However, that does not really affect the bettor as money can be won from these races just as well as others. In fact, many bettors consider them the bread-and-butter of their horse-betting experiences.

One thing that bettors should keep an eye out for is if a horse has been claimed just prior to the race starting. That means that at least one person believes in it enough to put a significant amount of money behind that belief. Of course, consider other aspects too, including what the odds are relative to the other horses in that race.

These are for horses who have moved up from claiming races but are not yet ready for the big-time competition that the sport offers. One of the best ways to bet on these races is to see which horses have just risen to or dropped into this level of competition. They will tend to initially struggle if they just moved up to it while horses will usually do quite well if they dropped into this level.

In these races, weights are attached to certain horses in varying amounts to try to create as level a playing field as possible. In other words, if a horse is judged to have a handicap rating of 144, then the total weight that the horse must carry around the track, the saddle, irons and jockey, should weigh 144 pounds. Note that although the intent is to essentially have each horse in a race receive the same odds of winning, this is not always the case as those giving you odds may see something of note and adjust them as a result.

These are horse races for female horses, fillies and mares. The most famous of these is the Breeders’ Cup Distaff, which is held every November. The 2016 race was especially memorable as Beholder, receiving 5-2 odds, just edged past Songbird, 4-5 favorites, winning by a nose. Both jockeys said that it was one of the best races that they had ever been a part of. 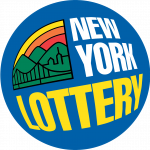 Must be 18 years of age or older to play New York Lottery games or wager on horses. Please play responsibly. If you or someone you know has a gambling problem, help is available. Call the 24-hour toll-free help line at 1.877.8HopeNY

Any cookies that may not be particularly necessary for the website to function and is used specifically to collect user personal data via analytics, ads, other embedded contents are termed as non-necessary cookies. It is mandatory to procure user consent prior to running these cookies on your website.